Small-medium pelagic schooling fish and squid species are important to both fisheries and food webs. This group includes Atlantic herring, river herrings, Atlantic mackerel, butterfish, menhaden, and sandlance in the Northeast US. Forage fish in general can include any small pelagic plankton feeders, whether fished or unfished. Predation on forage fishes creates an important trophic link between the plankton and higher trophic levels. In the Northeast US, commercial fishing of all forage fishes combined contributes less to the removal of fish biomass than does natural predation on this category in aggregate. Regulating fishery catch for forage species is important to maintain both sustainable fisheries and predator populations. Commercial catches of Northeast US forage fish (Atlantic herring and mackerel) peaked in the 1970s, with lower catches since then, and surveys showing aggregate forage biomass increases from an early 1980s low. 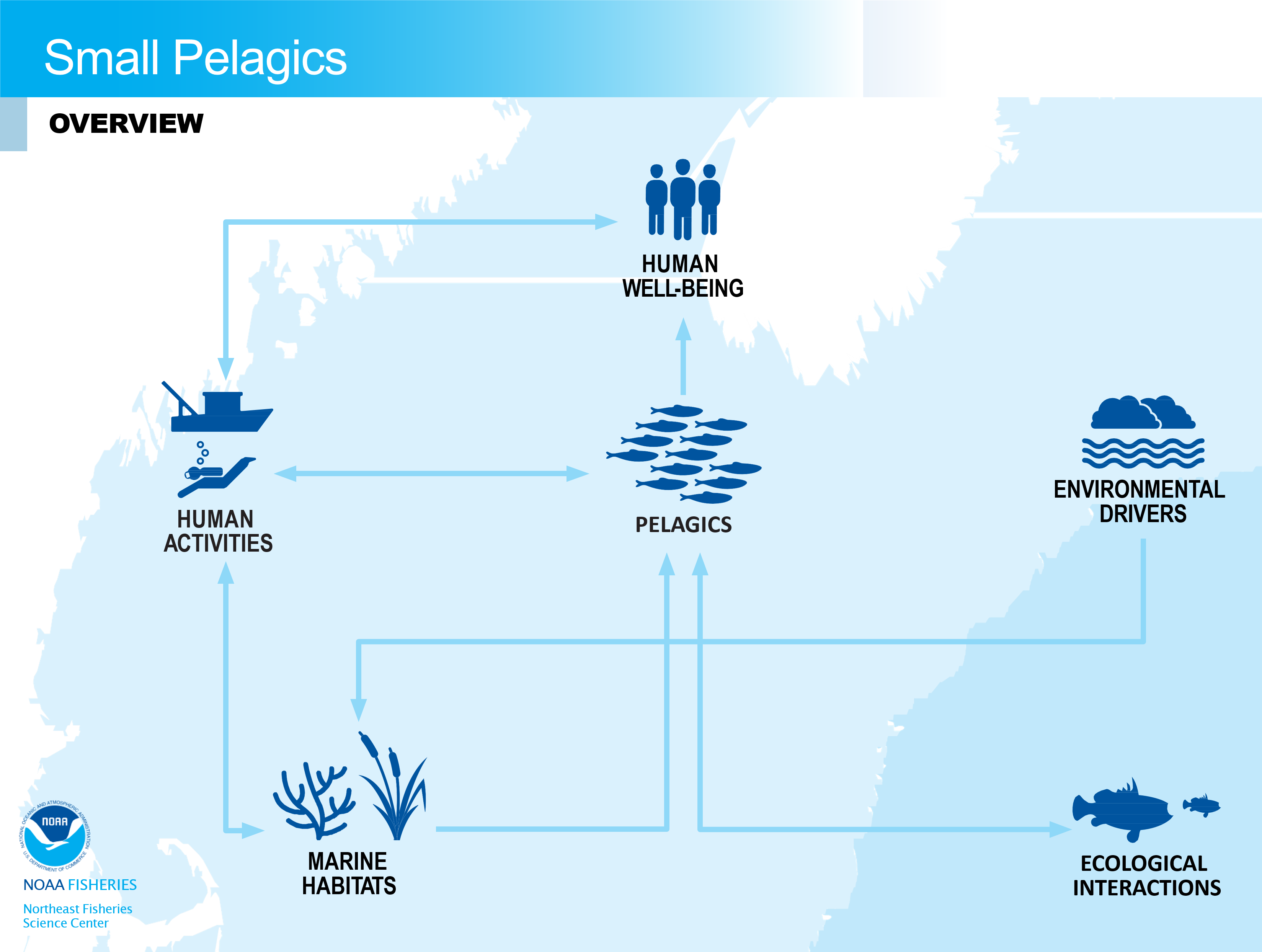 Atlantic herring is the dominant harvested forage species in the Gulf of Maine1,2. Herring fisheries supply bait for the Maine lobster fishery, which is a critical component of the state’s economy. NEFSC survey trawls in the spring and fall show increasing aggregate biomass of forage fish in both seasons since the 1970s. Over the past decade, the species contributing most to the total trawl survey sampled forage fish biomass in Gulf of Maine include Atlantic herring, alewife, and Atlantic mackerel.

The major harvested forage species on Georges Bank are Atlantic herring, longfin squid, Atlantic mackerel, and butterfish. Similar to the Gulf of Maine, aggregate forage species biomass in both the spring and fall on Georges Bank has increased since the 1970s. The mass spawning of Atlantic herring in the fall brings a diverse community of marine mammals to the Bank to feed, including fin, humpback, and sei whales among others3. 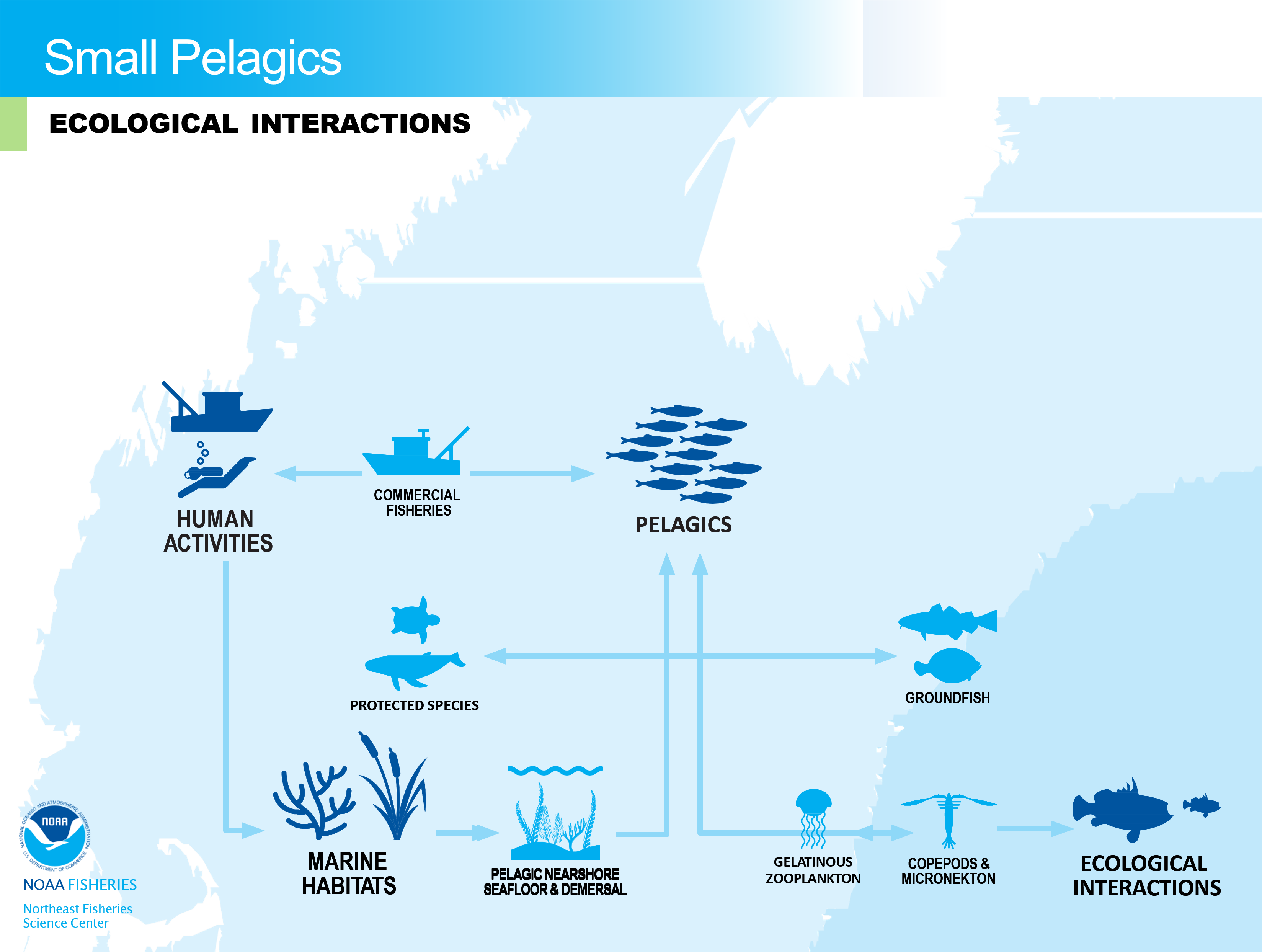 Forage fish feed mainly on zooplankton, including copepods and other small invertebrates, as well as the egg and larval stages of other fish. Forage fish support many predators including commercial species (groundfish like cod, medium pelagics like striped bass, and large pelagics like tuna) and protected species (seabirds, seals, toothed whales, and some baleen whales). As a group, these predators are estimated to consume hundreds of thousands of tons of forage fish, although some predator species in the NW Atlantic are still considered data poor. While adult forage fish tend to occupy and rely on pelagic habitat, egg and juvenile stages of many species rely on demersal, nearshore, freshwater, or estuarine habitats as well. 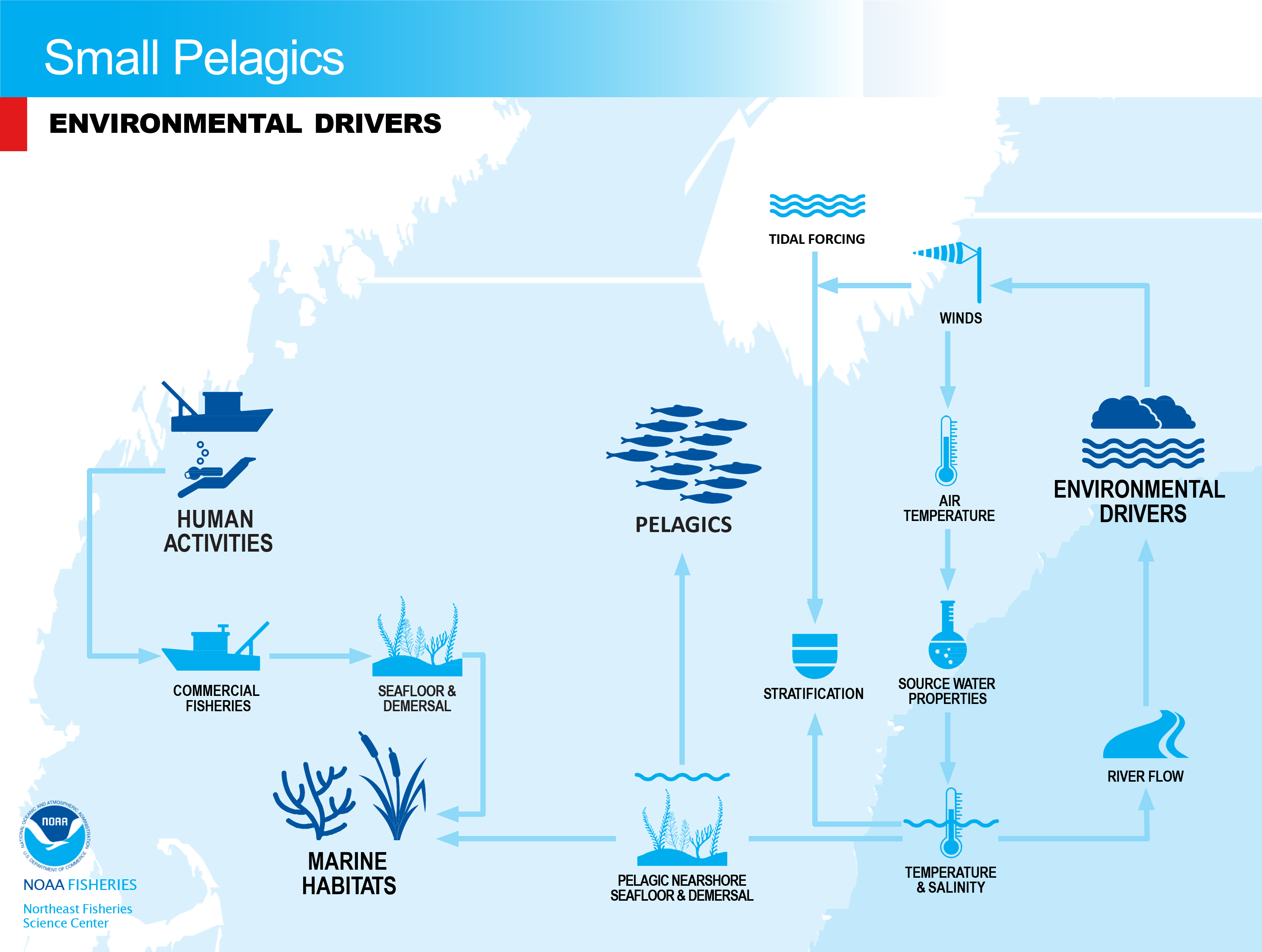 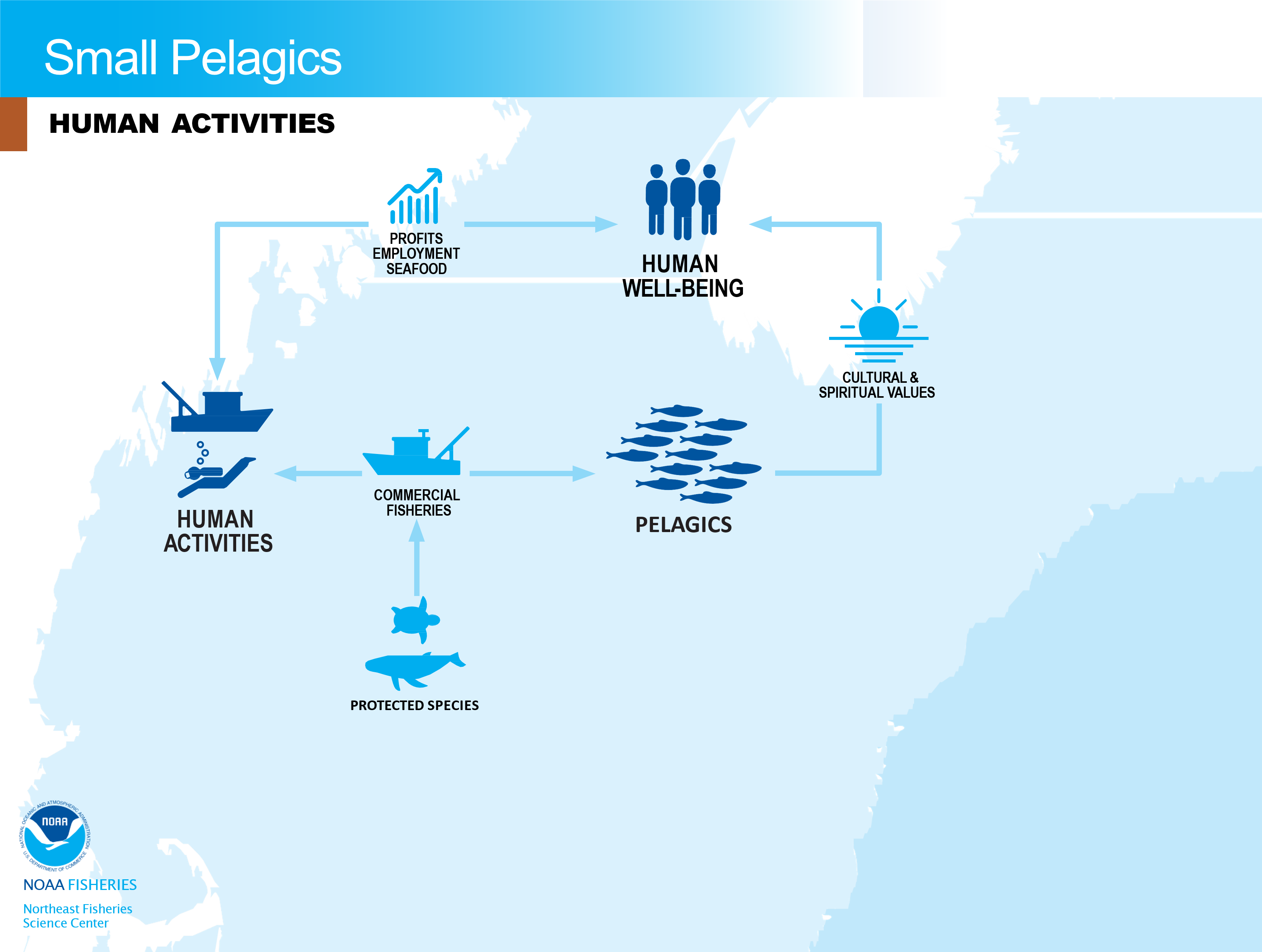