West Hawai‘i is home to a dynamic and productive marine ecosystem. Economic and socio-cultural value is provided to residents through numerous ecosystem services, such as commercial and non-commercial fishing, cultural and traditional practices, recreation, tourism, and coastal protection. However, ecological communities across West Hawai‘i—particularly, coral reefs—have suffered recent and unprecedented declines. Marine ecosystem degradation can compromise underlying ecosystem functions and processes and undermine the numerous goods, services, and benefits upon which local communities depend. 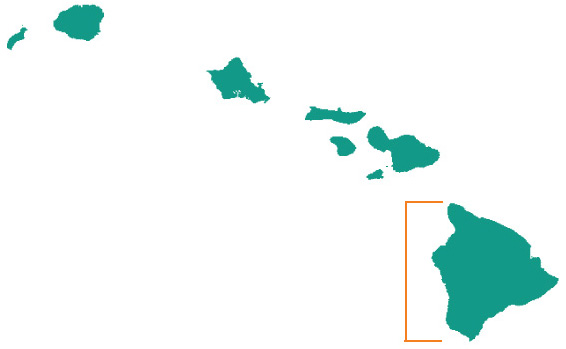 The population of Hawai‘i Island has more than tripled since the 1970s. Over 25% of residents in West Hawai‘i live one mile or less from the coast, and over 80% live within 5 miles.

The majority of sewage disposal in West Hawai‘i occurs via cesspools, where waste receives no treatment prior to disposal. An estimated 680 million gallons of wastewater was released into West Hawai‘i’s coastal environment in 2017.

Herbivorous fishes, which are important for coral reef resilience, constitute roughly 50% of total fish biomass in West Hawai‘i and have increased by 30% in marine protected areas in recent years.

Ocean temperatures in 2015 were the warmest on record in West Hawai‘i. Approximately 50% of coral cover in the region was lost due to the warm temperature anomaly.

Total catch by the largest commercial fishery in West Hawai‘i, the pelagics fishery (e.g., tunas and billfishes), was over six times the combined catch (by weight) of all other commercial fisheries representing 62.3% of the total revenue generated. Total catch has declined by 46% in recent years.

From 2003–2014, hard coral cover declined by nearly one third in the North and has remained relatively constant over the same time period in the South.

Rainfall patterns are shifting towards dryer conditions across West Hawai‘i. The total number of months exceeding the very dry threshold was 1.9–2.6 times higher during most recent 20-year time period (1997–2016) compared to the previous 20 years (1976–1996).

Reef-fish fishing for recreational, subsistence, and cultural purposes (i.e., non-commercial) makes up the second largest fishery (by weight) in West Hawai‘i. As with commercial fishing, non-commercial catch has also declined in recent years. 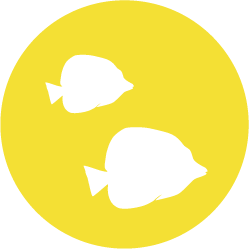 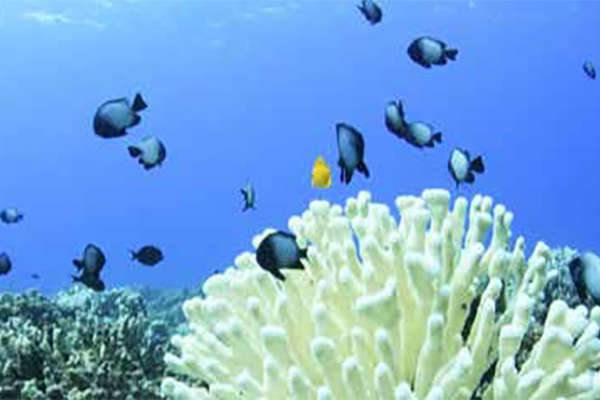 In 2015 the ocean was hot. Sea surface temperatures reached 2.5°C (4.5°F) above typical summertime temperatures and resulted in the first widespread coral bleaching event in West Hawai‘i. The overall severity of bleaching, or the percentage of corals bleached at a given location, ranged from 30–80% with some geographic areas exhibiting upwards of 90% coral bleaching. Coral bleaching does not necessarily result in coral mortality; however, local human pressures such as excess nutrient input and removal of herbivores fishes can imped their ability to recover. Effective management strategies that mitigate human-related pressures can promote coral recovery and increase the resiliency of corals to future coral bleaching events.

Many other indicators tell the full story of why 2015 was so hot. 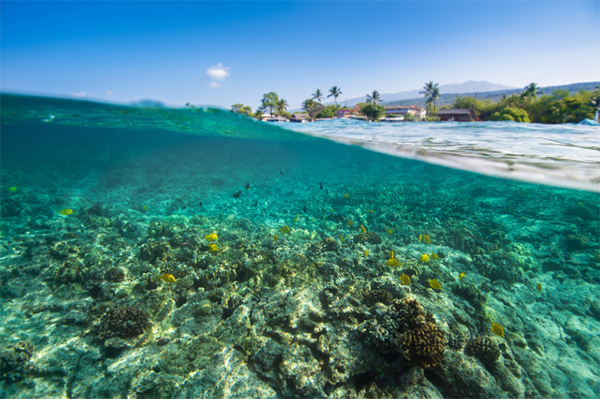 The ocean off the west coast of Hawai‘i Island is home to an especially vibrant marine ecosystem. This coastal region is teeming with bright fish, sea urchins and shellfish, green sea turtles, spinner dolphins, whales, manta rays, and coral reefs. West Hawai‘i has the largest expanse of intact and actively growing coral reef in all of the main Hawaiian Islands [1]. This wide array of flora and fauna makes West Hawai‘i incredibly important for marine biodiversity but also particularly vulnerable to the pressures of an increasing human population, coastal development, fishing, pollution, and climate change.